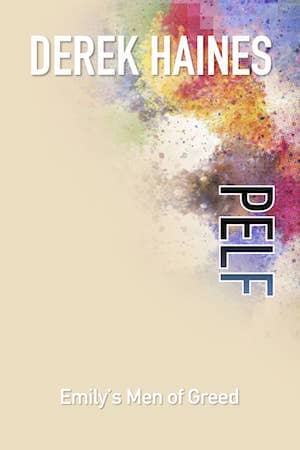 Within the space of a few chaotic days, Emily Rhodes not only uncovers the truth about the serial philandering of her husband but also loses her job, house, marriage and her sense of self-worth, as a result of her husband’s lust, greed and lies.

While she attempts to come to terms with the dramatic changes in her life and adjust to the financial hardship, loss of friends and her dignity, her ex-husband continues flaunting his new and very young girlfriend around the small city in which they live – but she refuses to leave.

Advised to move away to a bigger city and a fresh start, Emily resists, as unknown to others, she has a family tie that she cannot walk away from, no matter the pain that her staying causes.

When she finally secures a new job and with it, a sense that her life might, at last, be returning to a degree of normality and routine, long kept lies, secrets and the insatiable pelf of those close to her begin to surface, and she is forced to accept, and then fight the ugly truth that they hold.

Money, murder and greed make very good bedfellows, and as Emily unwittingly discovers, the men in her life are also much closer to each other than she could ever have imagined.

Until she can escape from the clutches, their deceit and lust for ill-gotten gains, she will never be able to put the shattered pieces of her life back together.

This book is available in ebook.